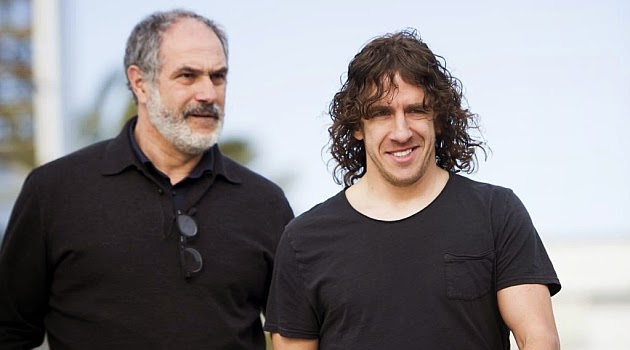 Losing to David Moyes’ Real Sociedad on Sunday night appeared to have left Barcelona in turmoil on Monday as the sporting director, Andoni Zubizarreta, and his assistant, Carles Puyol, left the club.

Lionel Messi also missed training with a mysterious stomach bug and head coach Luis Enrique’s future seems to be hanging in the balance, with an emergency board meeting called for tomorrow.

The sacking of Zubizarreta looks to be a direct consequence of the Court of Arbitration’s decision to uphold Fifa’s one-year transfer ban on the club for illegal trading in underage players. His remit of bringing in new signings was made temporarily redundant by the ruling.

The former goalkeeper has also paid the price for a failure last summer to strengthen Barcelona’s defence. They signed Brazilian full-back Douglas from Sao Paulo and Arsenal’s central defender Thomas Vermaelen, but the former has looked out of his depth and started only one league game, and the latter is yet to play because of injury.

Puyol, who had been assisting Zubizarreta, looked likely to emerge as a candidate to replace him. But the former Barça defender quit as soon as his friend was dismissed.

Puyol said on his Facebook page: “These three and a half months have given me the opportunity to see the other side of the club. I have learnt a lot and I am very grateful but now I want to experience other things.”

The Barcelona president, Josep Bartomeu, will address supporters’ concerns publicly tomorrow when he is expected to give Luis Enrique a vote of confidence. But Messi’s absence from training yesterday – 24 hours after being left out of the starting line-up for the opening game of the year – has added to speculation that, just as he fell out with Francesco Totti and Daniele De Rossi at Roma, the coach is alienating key figures in the dressing room.

The Argentine superstar, Lionel Messi wait for his first Ligue 1 goal goes on after …