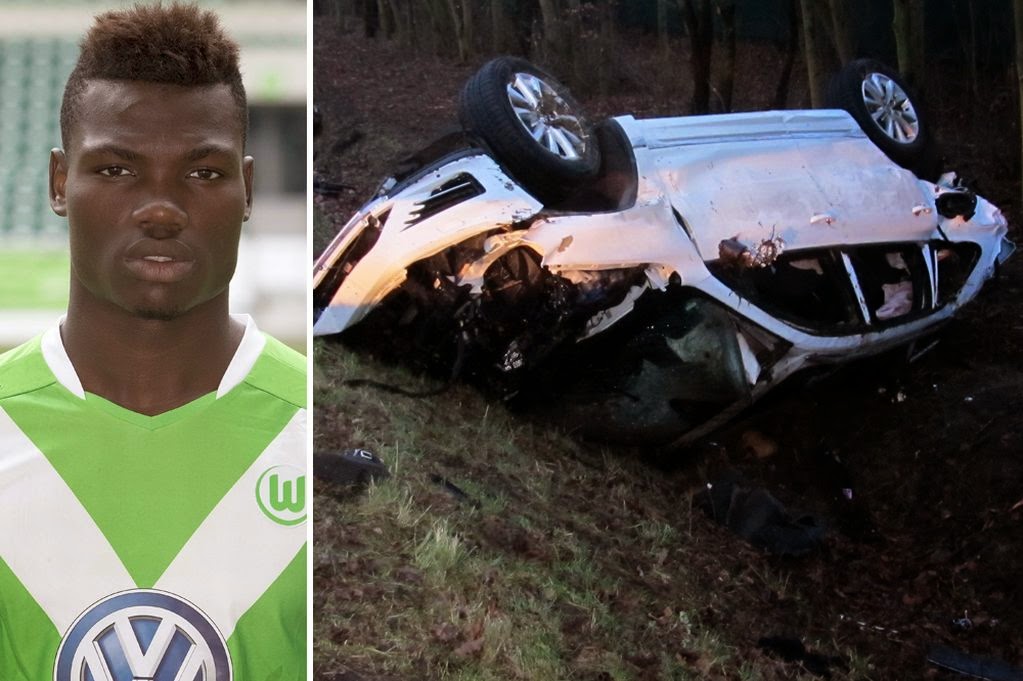 Belgian under-21 international and Wolfsburg midfielder Junior Malanda died when a car he was travelling in smashed into a tree, the German club said on Saturday (Jan 10).

The 20-year-old, who died at the scene of the accident, had been a back seat passenger when the driver lost control and slid off the road, police said. The two other people in the car survived.

Malanda had been on his way to join up with his Wolfsburg teammates for a winter-break in South Africa, but died at Porta Westfalica on his way to Hanover airport on Saturday afternoon.

The Belgian FA said on their website that the nation had lost one of its greatest talents, pointing out he had represented the national team at all age levels.

“Wherever he went Junior made a good impression. Beside his footballing talent and impressive physique he was always in a good mood. He was the current captain of our under-21 side, which is testament to his good character and leadership skills,” read the statement.

Before joining the Bundesliga club, Malanda had played at Anderlecht in Belgium and at Lille in France. He had 15 under-21 caps with Belgium and had played 10 German league games this season.

“We are distraught and can simply not find the words to express our bewilderment,” said Wolfsburg director of sport, Klaus Allofs. “We all loved him dearly. He was the positive spirit within the team and a young man full of the joys of life.

“In addition, Junior was an excellent footballer, merely at the beginning of his development. We cannot believe that he is no longer with us. Our thoughts at this dreadful time are with his family and relatives.”

Everton and Belgium striker Romelu Lukaku said he was stunned by the death of his compatriot who had played against him in November when the English side won a Europa League tie 2-0 at the German club.

“I love you my brother,” wrote Lukaku on Instagram where he also posted a picture of them together. “Junior, why you my brother. My brother, one of my unique friends, I cannot believe you are not there anymore.”