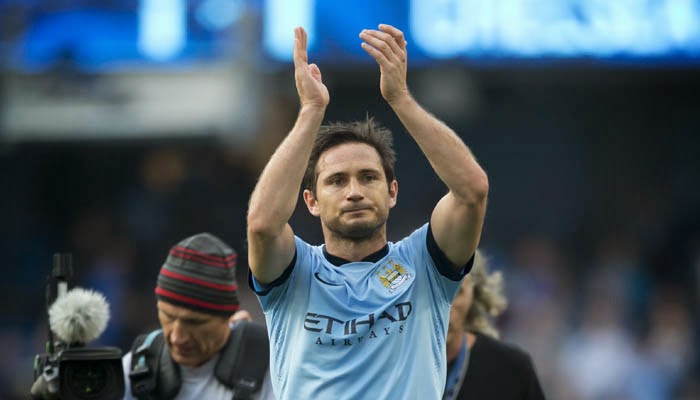 Frank Lampard’s time at Manchester City has been sort of a fairy tale ride so far and he holds the card for Manuel Pellegrini’s side to claim a stake in defending the Premier League title.

He was influential once again for the Citizens on Saturday against Leicester City, scoring the only goal of the match to keep his side in touch with league leaders Chelsea. The 36-year-old showed his calmness and preciseness once again as he slotted in a Samir Nasri pass to hand City all three points.

The former Chelsea midfielder notched up his 175th Premier League goal to equal Thierry Henry and became the joint fourth highest scorer in the competition. He has been a master-stroke on-loan signing by Pellegrini and it’s a decision he will cherish the most this season.

He has given Pellegrini an answer for his unpredictable midfield and has shown the quality to be a match-winner even at the age of 36.

He has made eleven appearances for City this season in the Premier League and has scored four goals and made an assist. He scored the equaliser against Chelsea at the Etihad and was influential against Southampton when he scored a peach of a goal in their 3-0 away win. And now he scored the winner against Leicester in a crucial fixture time for City.

Lampard’s loan is due to expire in January, as he will be making a move to City’s sister club New York City FC but there has been no decision on his future yet. Pellegrini who has been an admirer of He stated after the game at Leicester that City want to keep him for as long as possible.

He will play a big role in City’s pursuit of a successive EPL title and the elusive UEFA Champions League. Though he is unlikely to remain the entire season, even a stint up till March could be a major boost to City, and Pellegrini will try his utmost best to keep him at the Etihad and challenge opponents.