Manchester United to bid for Pepe 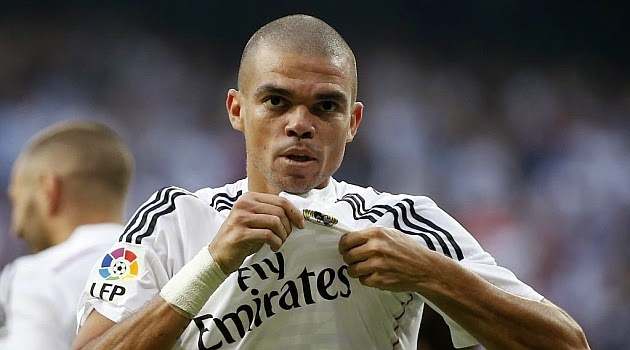 Manchester United are being linked with Real Madrid defender Pepe.

It emerged this morning that Pepe is close to penning new terms with Real.

But Tuttosport says Louis van Gaal hopes to persuade the Portuguese veteran to reject a two-year contract extension in Spain.

Manchester United chief’s will need to act quickly to prevent Pepe from putting pen to paper after reports from Spanish newspaper AS claiming the deal was imminent.

The 32-year-old has been in talks with the club for several months to extend his deal that is set to expire in June 2016.