If I was the Minister of Sports….!

But a past experience would always illuminate the path ahead and serve as a helpful tool, a guide through an already traversed terrain with pitfalls that can now be avoided and once-trodden paths that can now become a compass. In short, history is very critical to any advancement into the future.

So, once again, we shall take lessons from history. Nigerian sport has a very long and a very rich history laden with experiences for any Minister to take full advantage of, copying those elements that have undergone tests and succeeded, and avoiding previous sources of failure.

Mr. Sunday Dare is treading an interesting path as he ventures to do what most Ministers before him (not all) could either not do because they were intimidated by the magnitude of the challenges, or would not do because they did not know what to do and how to go about it.

He has awarded contracts for the renovation of two stadia with the intention to get them functioning again to serve the purposes for which they were built in the first place and to develop a business culture around them. Most, if not all, of the stadia being managed by the Federal Ministry of Sports now are either idle or in such bad shape that they have become places to visit and weep for Nigeria and for sports, particularly the 2 stadia built and owned by the federal government in Abuja and Lagos.

I am thinking: If I was the Minister, what would I do better?

The first thing I shall do is seek Mr. President’s permission to return all the stadia originally owned by State governments, taken over by the federal government for renovation in order to host some international football events many decades ago, back to their original owners.

Those stadia have become an Albatross, heavy burdens that the Ministry does not need and can surely do without.

The story, for the minister’s knowledge, is that after the events, the stadia were not returned; they became ‘property’ of the Federal government; the Ministry, of course, did not have the human and financial resources to manage and maintain them all well; neither the Ministry nor the original owners could use them for any meaningful development purposes thereafter.

So, what we have in several parts of the country now are skeletons of once-vibrant sports complexes rotting away and wasting for lack of proper maintenance and maximum utilization. The most obvious ones are Liberty Stadium, Ibadan, Ahmadu Bello Stadium, Kaduna, Nnamdi Azikiwe Stadium in Enugu and Tafawa Balewa Stadium, Bauchi. Anybody can visit those stadia today and walk away in shame at this squandering of assets.

So, if I was the minister, I would keep only two from the long list of federal controlled stadia and concentrate on those two to serve the purpose of sports development in the country at national level. The stadia are the national stadiums in Abuja and in Lagos.

It does not take rocket science to appreciate the immediate effect this would have on the Sports Ministry itself – a huge and unnecessary burden will be taken off its neck!
Back to history.

The National Sports Commission (now the Ministry of Sports) once had the highest number, the best trained and most experienced staff in sports facilities management in the country.

At a time in history the National Sports Commission, operating within one sports facility in the country, the National Stadium, Lagos, had, probably, the best agronomy department, sports medical centre, public relations and photography department, gymnasium, sports science laboratory, Sports training institute, electrical and mechanical engineering workshops, and even most modern kitchen in the whole of African sports. I was a witness. All of these were located inside the National Stadium, Lagos. Their carcasses can still be found there. 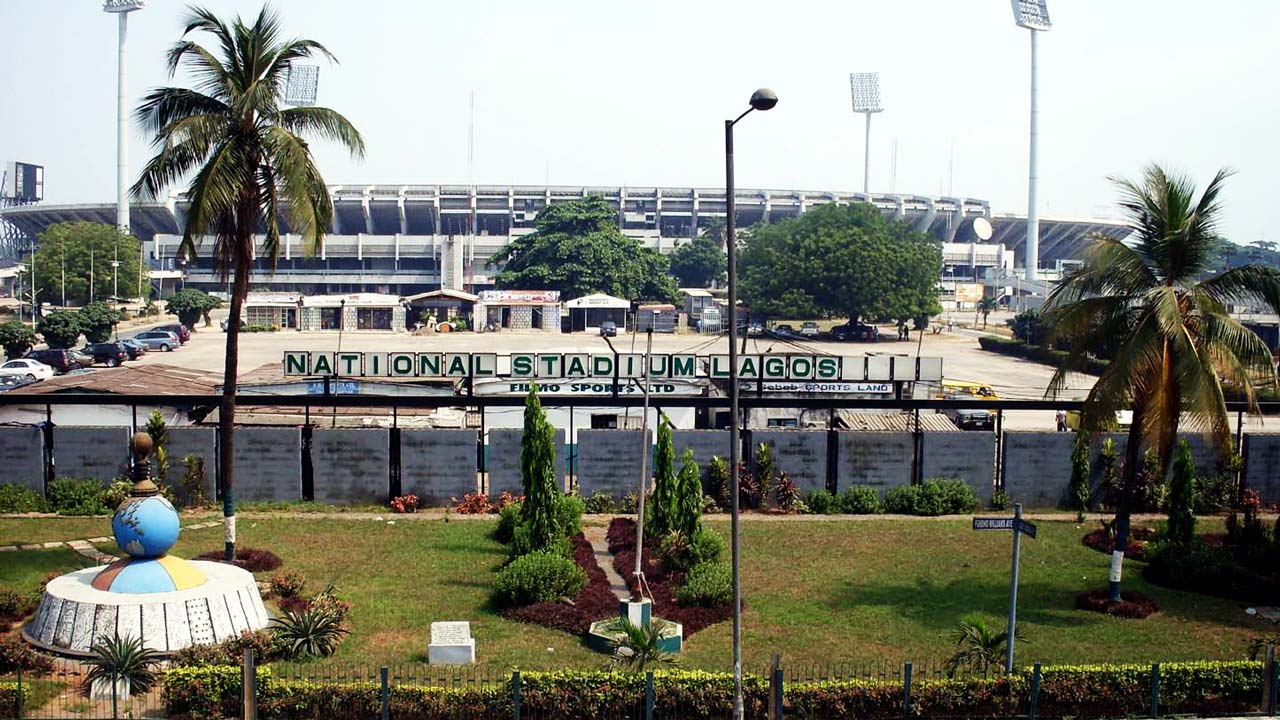 Taking over several stadia, retiring many trained staff, discontinuing personnel training abroad, moving the administration of sports from inside the stadium complex premises to the civil service secretariat, required thinly spreading the surviving well-trained staff to several stadia around the country. They became ineffective and all the structures became poorly maintained, idle or underutilized. The construction of a new national Stadium in Abuja in 2003 and the attention now focused on it, made the whole matter even worse for sports development.

AFCON 2017: How The Timing Affects Europe Based Players
READ

So, if I was the Minister, I will drink lavishly from that experience and take national sports administration back fully to only two centres of sports development at most – inside the National Stadia in Abuja and in Lagos. Managing them would surely be easier than managing six or more.

That the National Sports Commission was located and functioning within the stadium complex, with its work clearly defined as the training and development of elite athletes, it does not take much imagination to see that rather than remain empty, largely idle and poorly maintained as the National Stadium, Lagos, for example, become for decades, it would now be properly managed by a few remaining staff (and there are still a few that are well-trained in the system) but are thinly spread across the various non-functioning stadia in the country, ineffective and overwhelmed by the challenges of management without financial resources.

That’s why all over the country today, the grounds controlled by the federal government are quiet, the terraces are empty, and the facilities are almost dead.

One reality that is often underestimated is that any stadium that does not have a functioning facility for good football hardly ever thrives. Football provides the oxygen that drives the traffic to stadium complexes.

Good football means providing excellent football fields, the theatres of the best form of football comparable to the best in the rest of the world. The football turf is the single most important and most critical part of football entertainment that will transform into good business. This means that the utmost attention must be paid to it, ahead of the beauty of the terraces, the capacity of the stadia, and so on. The turf is the key.

That’s why, if I was the Minister of Sports, as Mr. Dare has ventured into renovating the two national edifices that belong to the federal government, I shall pay more than an ordinary interest in the turf, who handles the turf construction, their records in grass field construction, and their design of a comprehensive grounds maintenance regimen and management after completion.

To start with, I will not give the turf construction to any of the contractors that handled any of the major football turfs since 1995 when the African Youth Championship was hosted in Nigeria football some regressing of pitches. All those contractors failed. Show me any stadium ground of grass that they handled and I will show you why they should not be given the present job.

Until we get the turf right, Nigerian football will never be a hot property for marketing and followership. Get the turf right and the entire sports industry will be impacted and football will blossom immediately in all ramifications. That’s how important the new minister must treat the matter of the turf and write his name in Gold forever.

He must be mindful of who gets the job to do it so that it does not suffer the fate of previous efforts. That’s why history is important. He must go into the history of the contractors, not look at their cheap quotations. The construction of the fields can never be cheap.

Unfortunately, there is no alternative, and no short cuts to lush green natural grass all year round!

I repeat, the turf on Nigeria’s two national stadium football grounds must be natural grass through and through, even though the best natural grass is not easy or cheap to install, and definitely not cheap to maintain. Yet, they are the least expensive item in stadium construction!

Once again, it is critical to go back in history, and ensure that any one of those companies that hired gardeners and horticulturists instead of agronomists and experienced groundsmen to re-grass stadia around the country (except Julius Berger Plc) since 1995 should either not be considered at all for the re-grassing of the MKO Abiola Stadium in Abuja, or the National Stadium, Lagos, or should be asked to show Nigerians the product of my last jobs grassing a football field.

I know, for sure, that all the above plus more can only make sense and succeed if there is a National Sports Commission in place existing side by side the supervisory Sports Ministry. Both have clear, distinct and complimentary ray responsibilities. So, I will not be afraid as a minister to ask Mr. President to bring back the NSC to take away the burden of the impossible situation that presently exists in Nigerian sports.

Agency Reports
News from around the world

How Peseiro impressed Pinnick with scientific knowledge of Super Eagles

The SportsBay is an online sports newspaper that gives regular sports news update on a daily basis to millions of readers around the world.