Ideye On The Verge Of Being Sacked 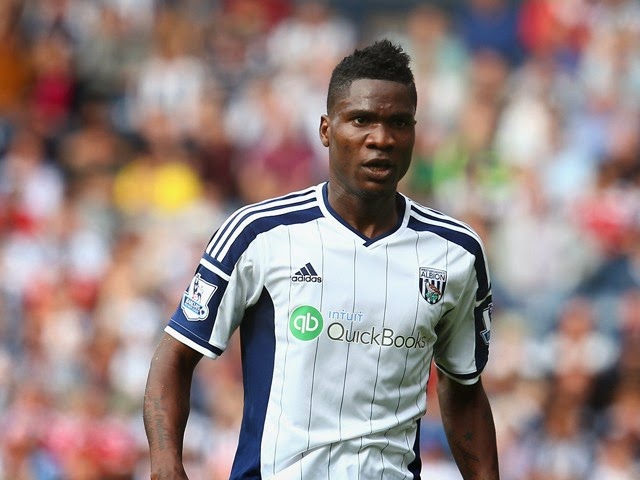 The £10 million man has struggled for form and goals since his move from Dynamo Kiev in the summer and Newcastle, Sunderland and Hull are interested in the striker.

Head coach, Tony Pulis, is desperate to freshen up his side in the transfer window but agrees with Chairman Jeremy Peace about the need to keep the squad size down to around 22.

The Baggies are prepared to listen to offers for Brown along with Jason Davidson, Sebastian Blanco, Georgios Samaras and even Cristian Gamboa as Pulis considers an early revamp of his squad.

Brown could leave the Hawthorns on loan initially, with the option of a permanent deal.

The former Stoke boss has been linked with a swoop for Potters hitman, Peter Crouch, who is believed to be open to a move away from the Britannia.

Albion have also been linked with Blackburn Rovers’ Rudy Gestede, while former Wolves striker, Steven Fletcher, is believed to be available for the right price at Sunderland.

A deal for the Scotland international would, however, prove a divisive issue for supporters, and Crouch seems a more likely punt – if Brown can be moved out.

Previous Cristiano Ronaldo in, Sergio Ramos out for Real Madrid
Next Premier League Matches For The Weekend

Dalung: Huge money in Nigerian sports is root cause of lingering crisis

Real Madrid striker, Karim Benzema, has insisted that the El Clasico is still the best …