I Had Chelsea Babies Around Me – Zlatan Ibrahimovic 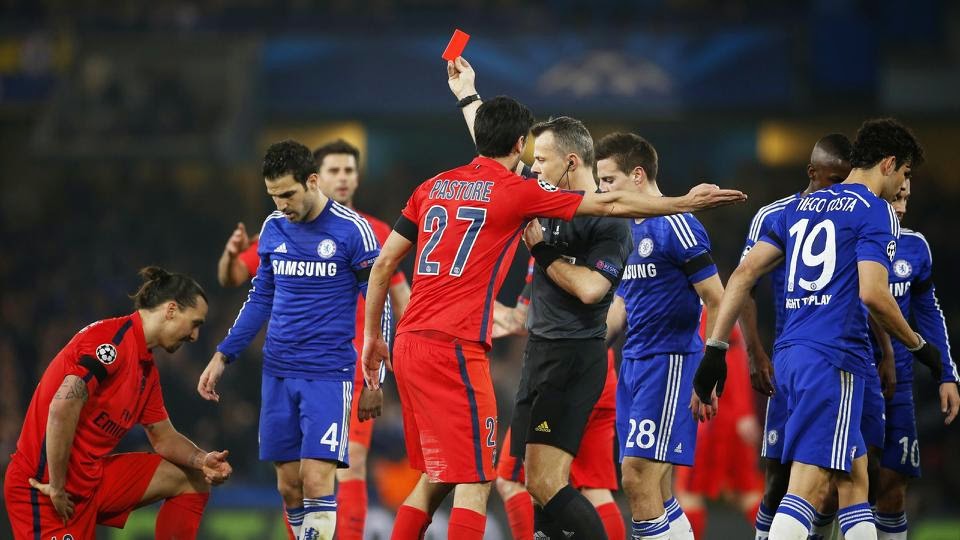 The Sweden international was sent off after 31 minutes of the second-leg clash in West London for a challenge on Chelsea’s Oscar.

The 33-year-old appeared to pull his feet out of the challenge as the players went for a loose ball, although he did clatter into the Brazilian, and Dutch referee Bjorn Kuipers produced a straight red card for a challenge which looked more reckless than dangerous.

He said: “When I got the red card all the Chelsea players come around. It felt like I had a lot of babies around me.”

The Dutch official was engulfed by angry Blues players protesting whilst Ibrahimovic knelt on the Stamford Bridge turf, almost as if he knew his fate but couldn’t quite believe it.

He added: “I don’t know if I have to get angry or start to laugh. For me when I saw the red card I was like ‘the guy doesn’t know what he’s doing’.”